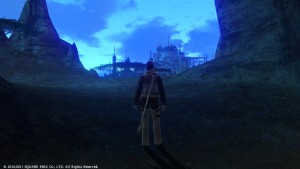 In recent years, there has been increasing interest in investigating the relationship between digital game play and Second Language (L2) learning. Based on Benson’s (2011) framework, Chik (2014) sought to better explain how gamers practice autonomy within community having regard to their self-organization and management of L2 learning in five different dimensions: location, formality, locus of control, formality and trajectory.

In the study, Chik selected 10 gamers out of 153 Year One Chinese-speaking undergraduates to participate in this one-year project. She collected data from gaming sessions, stimulated recall, focus group discussion, individual interviews and online discussion forums. The first language (L1) of participants was either Cantonese or Mandarin and they learned English as an L2.

It is now widely accepted that digital gaming promotes learning. A recent news item reports that specially designed games could be utilized to learn chemistry. As for language acquisition, while playing games, gamers could benefit from the in-game texts – i.e. specific words, phrases and sentence structures that appear in the game. Some gamers also seek or offer help in terms of language in communities like websites and forums. However, we believe that in most cases, people play digital games in order to relax, to look for pleasure and to release pressure. So, members of our group believe that although intentionality is needed to make learning effective, the “degree” of intentionality becomes the key to guarantee the success of game-enhanced learning.

One example provided in the paper described why Sam and Michael usually jotted down unknown words and consulted dictionaries after gaming. Based on the need for further advancement, they intentionally acquired relevant L2 vocabulary in games. We think this might enable them to be better game players, and in turn, the desire for maintaining excellence in games could motivate them to learn more L2 while and after gaming. But the disadvantage may be that most language items acquired are game-related and could not be used in a wider context.

On the contrary, some gamers regard games merely as a source of learning materials and do drills related to them. This can be seen from the example of Edmond, a mainland Chinese student in Hong Kong who wanted to learn basketball jargon and commentary (p. 90). He discussed definitions with his partner, which was good for clarification. But later on he paused the game, jotted down phrases, and repeated phrases after the game commentators. We think he might learn useful items in this way, but he paid too much attention to note-taking and repetition, which broke the natural process of game playing and might even ruin the interest of gaming. To make sure whether Edmond’s way of learning is acceptable, members of our group asked gamers (all of them are university students with Mandarin or Cantonese as L1 and English as a L2) among our friends about their opinions on Edmond’s practice. 8 out of 12 said they would not like to learn English in Edmond’s way because it seemed hard for them to pay attention to things other than the game itself while playing. And most of them pointed out that the primary thing they wanted from games was entertainment. Although improving English while gaming was good, it was a secondary goal and could even be abandoned if it interfered with gaining interest. They also added that sports news and live shows could be better learning materials than games and they did not want to be distracted too much while gaming. As a result, we do not think the advantage of game-enhanced L2 learning would remain if learners need to be so attentive and intentional as they do in other traditional ways.

Almost every popular game has its own community, like League of Legends,  World of Warcraft and Final Fantasy. The gaming communities provide a free and equal platform for gamers to share the latest news and communicate with each other. L2 gamers could develop a better understanding about the authentic game context and learn more vocabulary by discussing with others. They could also improve their translation skills by comparing the most appropriate expressions for game-related vocabulary. Gaming communities break time and space constraints so that gamers are able to make many friends around the globe. Gamers who have similar interest in certain games are eager to have conversations with others in chat-rooms. Gaming communities support gamers moving from amateurs to masters not only in gaming levels, but also in levels of language learning and making friends.

There is no doubt that video games did arouse learners’ interest in studying L2. Some gamers may even take the initiative to take L2 classes for improving their language proficiency in a self-directed way. However, whether digital games should be introduced in classroom is still debatable. Furthermore, from parents’ view, it is hard to measure whether their children could learn L2 through playing games or they are just addicted to the entertainment. It is indeed possible that gamers are enjoying the games and acquiring L2 at the same time. However, in an ossified-minded and exam oriented environment like Hong Kong, great effort from schools is needed to promote the effectiveness of digital games in L2 teaching.  Aside from the protests from parents, there is also one more concern. Some of the digital games nowadays contain obscene, violent and immoral content. Therefore, teachers must assess and censor the materials before introducing the games to the class.

We do believe that great positive influence can be brought in boosting L2 learning motivation among young learners. Admittedly, considerable concern and doubts are present yet these worries can be eased with the concerted efforts of schools and teachers. For example, teachers can organise some seminars to parents and give out statistics to prove the effectiveness of digital games on L2 acquisition. Teachers can also suggest some suitable and censored visual games to students. To ease the concern about over-indulgence in digital games, teachers should therefore infuse the concept of balance of work into students. Students should understand school work should be placed at higher priority than digital games.

By Winnie, Joey, Susan and Emma