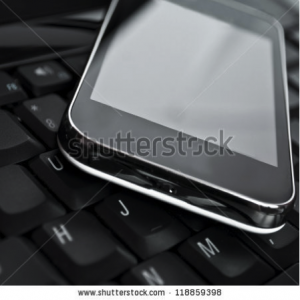 The proliferation of mobile devices such as tablets and smart phones in many countries, as well as a growing number of language learning applications that run on such devices, has made mobile learning a more compelling study option for L2 students in recent years.

Research into ‘Mobile Assisted Language Learning’ (MALL) has identified many affordances as well as constraints of mobile devices. According to Godwin Jones (2011), the main affordance of such devices is their mobility; a student is able to learn while on the go and is not tied to using a desktop computer (or lugging around a notebook computer) to practice the foreign language. Research also reports that many more students own such devices compared to personal computers (Thornton and Houser, 2005), and so it is worth pursuing new language practice applications for such devices (Chinnery, 2006). The number of language-learning applications designed for Android and Apple devices is also expanding, and many of them are free or have a minimal cost. Such apps include advanced phrase books that consist of video and audio content combined with online sites. Vocabulary learning apps such as eStroke, Pleco, and ChinesePod are becoming more powerful and sophisticated, and allow for a growing number of language practice possibilities since many such mobile apps are linked to online services. Students can now practice verb forms or enter discussion forums with their mobile devices. Godwin Jones also describes a recent effort, the Cloudbank project, to create a mobile network that connects Android device users for peer-to-peer interaction, and it would seem that such a networks could have implications for interactive language practice.

In summary then, the features of smart phones and tablets such as their mobility, enhanced hardware, and better software, give them the potential of being a creative and practical tool for language teaching and learning. However, Kukukska-Hulme and Shield (2007) reviewed mobile assisted language learning and found that the affordances of mobile devices were not fully taken advantage of by most of teachers and learners. It would appear then that there is gap between the affordances of mobile devices and their actual uses, and it is up to teachers to harness the potential uses for learning on mobile devices outside the classroom. In a study that investigated one such use of MALL, Wong, Chin, Tan and Liu (2010) created a wiki and asked students to take photos with their iPhone to illustrate Chinese idioms and share with each other. They found that their learners were more willingly to learn in a more authentic environment in their daily lives, and mobile devices had made it possible, if learners realized that such possibilities existed.

Beyond students developing the habit of using mobile devices for language practice (or teachers designing MALL learning tasks), research has identified other constraints regarding MALL. At one time the limited and cumbersome typing features of mobile phones made typing longer texts nearly impossible (Chinnery, 2006), but this deficiency has largely been overcome with the touch screen keyboards and larger screens on newer smartphones and tablets. Most devices today have nearly the same text and video capabilities of larger personal computers, and so the technical constraints of MALL devices have largely diminished (Godwin Jones, 2011). It must be acknowledged that not all students will own a mobile device in all contexts, and so this is an important consideration for designing MALL activities. There is still the issue of language, too, as a plurality of language practice apps are designed in the English language.

In conclusion, it would seem that ‘mobile assisted language learning’ is a trend that deserves the attention of both teachers and learners. It affords vocabulary and grammar practice, provides access to online social networks, and greatly expands the contexts for practicing foreign languages. According to Godwin Jones, learning becomes more ‘real and permanent when tied to learner’s lives outside the academic environment’ (2011: 8). For the authors of this blog, MALL is an opportunity for individualized learning that encourages learners to use the language without teacher directives. What do you think?

Have you ever practiced a foreign language using a smart phone or tablet? What was the experience like?

In your opinion, what is the greatest affordance of using mobile devices for language learning? The biggest constraint?

What kinds of activities could be usefully devised for mobile devices?