Writing on the Internet and Language Learning 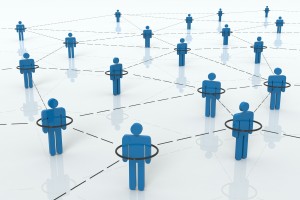 The modern century has entered an increasingly networked, electronic, and globalized age. Students are involved in virtual communities, mediated by tools like emails, blogs and online forums, on a more frequent basis. An increasing number of researchers pay attention to the impact of digital literacy practices on L2 learning. Wan Shun Eva Lam (2000) points out that using L2 to communicate on the Internet has a positive effect on identity formation and L2 literacy development. In her case study, she conducted interviews with a Chinese immigrant student called Almon in the United States. Almon experienced a dramatic improvement in his English and a positive change of his life attitude after he started to run his personal home pages, conduct on-line chat and have e-mail exchanges with his pen pals.

Now, let’s see what Almon did on the Internet:

Almon located his home page in “Tokyo” on Geocities, where he provided information about a Japanese popular singer – Ryoko Hirosue. He used multimodal resources for meaning making on his home page, including setting background music, writing a profile of the star, presenting an animated cartoon, inserting useful links and providing space for fans to comment and exchange ideas. Being the owner of the home page, he adopted certain types of language choices – first and second pronouns, imperatives and the modal verb can – to show his new identity as a knowledgeable and valued member in this particular J-pop community.

Almon was regularly in touch with people from all around the world sharing their common interests via chat or e-mail. Many of his pen pals were female and were considerate and supportive. Meanwhile, Almon adopted certain language choices, such as hedges, qualifiers and emoticons to act in a nurturing and supportive role. In this way, gender lines in the virtual community are blurred, which is different from the gender role in reality.

What do we think of this case?

Previously, Almon was a low-achieving student studying in a high school. Due to his non-native like English, he revealed a sense of his marginalized position in society and depression about his future. However, after he started to run his personal home pages, conduct on-line chat and have e-mail exchanges with his pen pals, he overcame his fear about the future, gained a sense of belonging in the country and developed better competence in English.

Almon’s experience reminds us of our participation in Douban and Baidu Forum. In these websites, we can post our comments on a book or a movie and discuss our favorite character with people who share similar interests. By doing so, we often gain a sense of belonging as we act as a contributor in this forum. Although we might use Internet language, like 4u and lol, when chatting with web users, we can speak a more native-like language and better participate in the networked environment. However, the use of Internet language may lead to poor performance in formal English learning, like misspelling and incorrect grammar.

The new literacy experience of Almon and our own experiences suggest that teachers might consider encouraging students’ interaction through CMC, since students can practice their English in a supportive and collaborative environment. They can make appropriate linguistic choices and utilize a certain discourse to perform particular roles in various communities.

58 thoughts on “Writing on the Internet and Language Learning”