Are the music and icon familiar to you? Congratulations! You are in line with millions of players around the world.

Digital games have become increasingly popular among the young generation these days. Integrating L2 gaming into foreign language learning has aroused public interest and provoked discussion among educationalists and gamers. Although L2 digital games are primarily for personal pleasure, gameplay enhancement has been viewed as the major driving force for gamers to learn a foreign language during gaming. Chik (2014) explores how gamers exercise autonomy in the community through games for both pleasure and language learning. She discusses the affordances and limitations of digital gaming in terms of five dimensions: location, formality, pedagogy, locus of control and trajectory.

The location of L2 gaming activities can be both physical and virtual, creating an immersive naturalistic learning environment for gamers, as presented in Figure 1. For instance, players can interact with other gamers or produce paratexts in both online and offline communities (e.g. the student hall and relevant blogs). 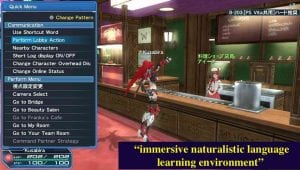 Figure1. The source of the image is from https://reddit.app.link/d3ve32lPFU

Learning L2 through digital games requires gamers to shift from incidental learning into intentional learning. If they consciously apply their learning strategies into L2 learning in a gaming context, the learning process can be considered intentional, which supplements formal learning.

Digital gaming can provide not only textual and social interaction but also prompt gamers to play an instructional and advisory role. For example, experienced gamers usually inform beginners of both gaming strategies and specialized in-game vocabulary within online or offline communities. Although digital gaming offers unstructured texts, gamers should be aware of the pedagogical potential of in-game texts and be encouraged to play the L2 editions.

Locus of control refers to whether language learning is self-directed or other-directed. Self-directed gamers tend to make their gaming and learning decisions according to their personal goals and interests, while other-directed players are inclined to accepting the suggestions provided by gaming communities. This implies that gamers are capable of controlling the balance between their initiative choices and communal advice. For example, we can learn from Figure 2 that gamers could determine to play the official version through learning English by themselves, which is also a good investment to them. 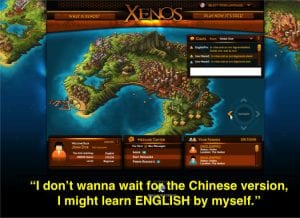 Figure2. The source of the image is from https://goo.gl/images/w5xhRD

Trajectory means managing gaming and learning in the long term, which can be caused by making progression in a game series, choosing a preferred gaming language, and playing various games of different genres or different games of the same genre. L2 learning through digital gaming is not limited to interaction with other gamers. It can also motivate gamers to learn L2 autonomously for a variety of purposes, including maintaining a friendship with foreign gamers, achieving victory in games as well as enhancing foreign language skills.

Based on Chik (2014) and our discussion, L2 gaming provides both affordances and limitations for L2 learners. When playing L2 games, gamers immerse themselves in L2 environments, which offers them rich learning materials and opportunities to practice (e.g. interaction through in-game texts with other gamers). However, whether gamers can learn L2 from gaming depends on the degree in which they learn the language in gameplay intentionally.

The affordances of language learning through game-play are as follows:

Although playing games in L2 is conducive to language learning, we believe that it cannot replace the conventional language courses due to the following limitations:

To sum up, digital gaming has its potential to promote language learning, but the key lies in that gamers need to practice their autonomy and turn incidental learning into intentional learning.

Since the game is over, here are some questions we want to discuss with you. You are very welcome to respond to any, and we’ll be happy to give you a reply.