Edited by Fannie, Gladys and Ivory

Have you ever experienced any difficulties when composing a piece of academic writing in English? It is an experience that almost every L2 writer has come across. Concordancing may be one of the resources to provide writing assistance to us.

Concordancing is a widespread online reference resource which provides common and typical linguistic patterns from a large amount of language data (Yoon, 2016). The following video clip shows how to use a concordancer procedurally. It is mentioned in the video clip that the two main steps of using a concordancer are to type the keywords in and choose the types of corpus we would like to search.

As a reference tool for L2 writing

Concordancing can help L2 writers to solve lexical and grammatical problems encountered when composing academic writing by showing the rules and regularities of specific linguistic items with the aid of language data (Yoon, 2016).

As a cognitive tool

Concordancing sorts out and displays specific language data so that L2 writers are able to identify linguistic patterns, test hypothesis and attempt to find solutions for existing problems. It enhances the cognitive functions e.g. knowledge construction and meaning-making abilities of the users (Yoon, 2016).

Yoon (2016) did a study which investigated how 6 Korean ESL graduate students in Canada utilized a reference suite which provides users free access to 8 different language reference resources (5 concordancers including 3 Google search engines and 3 types of dictionaries) to solve the linguistic problems encountered in the process of completing authentic academic writing tasks.

Table 1. Major characteristics of the eight resources in the reference suite

The results show that generally the reference suite serves as an effective reference and cognitive tool. However, users may still face some difficulties and limitations when using the tool.

AFFORDANCES OF CONCORDANCERS FOR ACADEMIC WRITERS

Concordancers act as a reference tool for learners in academic writing by providing authentic texts (Hafner & Candlin, 2007). Most learners primarily used concordancers to confirm their existing language knowledge but not to explore more linguistic information (Yoon, 2016).

Concordancers can also help learners address lexical and grammatical issues. In previous research, the usages of prepositions and idiomatic expressions were the major target for confirmation (Chambers & O’Sullivan, 2004). Learners can acquire the most commonly used patterns of grammar, vocabulary, collocations and style by using the concordancer, so their awareness of accurate grammar can be enhanced.

Besides, the naturalness of the writing from an L2 learner can be consolidated (Fujii, 2007) because concordancers facilitate learners’ cognitive development towards linguistic characteristics (Yoon, 2016).

Most importantly, concordancers motivate learners to pursue more L2 knowledge. Combined with the other factors above, learners’ confidence in language use is boosted, resulting in a better performance in academic writing and creating a sense of independence as L2 writers.

PROBLEMS MAY ARISE WHEN USING CONCORDANCERS

Though writers adopt different strategies to effectively use corpus consultation, there are still difficulties for them (Yoon, 2016):

Although concordancers are viewed as problem-solving tools for academic writing, in Yoon’s study (2016), it suggests that the participants performed both verification and elicitation queries. In other words, the participants not only used them to confirm their existing knowledge, but also elicited new knowledge. They learned more about the language by performing queries based on the previous query results. Thus, the use of concordancers promotes some degree of learner autonomy.

An important point to note is that we should consider a concordancer’s size and tagging status before selecting the one that best fits our needs.

Table 2. Characteristics of some concordancers

Figures 1 and 2 are the interfaces of COCA. Figure 1 shows the five functions provided by COCA including searching for collocations in different contexts and comparison between words. Figure 2 displays different details provided in a query result.

Figure 1. A screenshot of the front page of COCA. 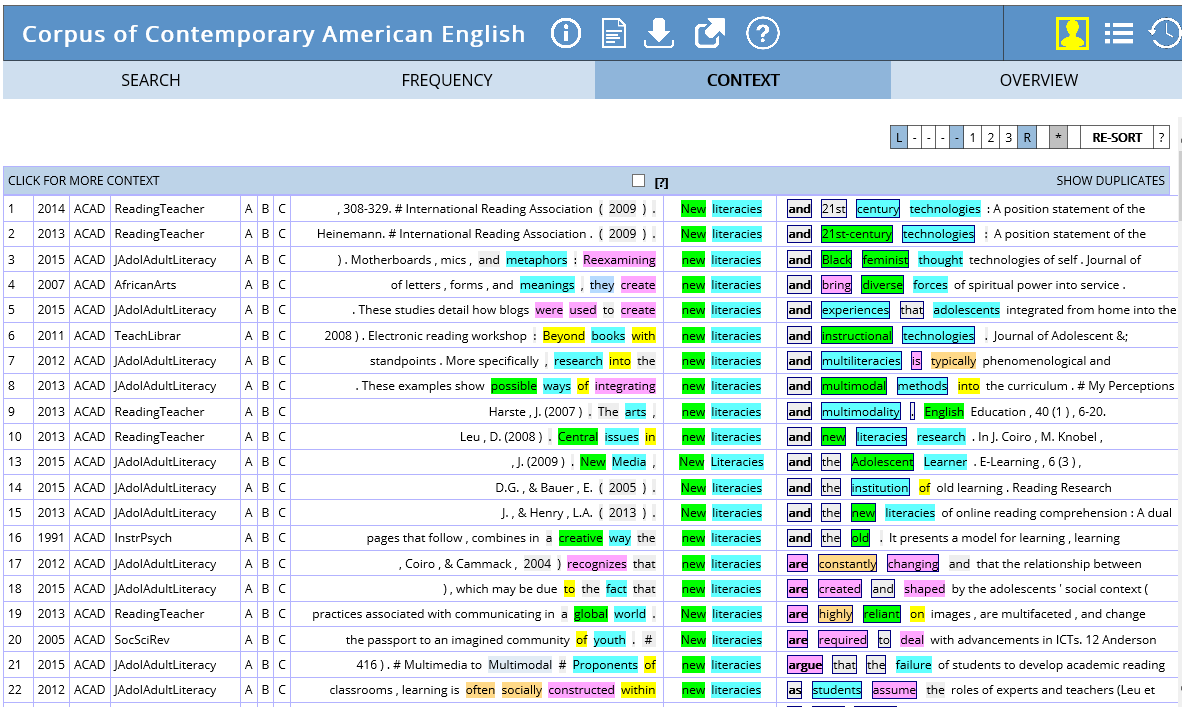 Figure 2. A screenshot of COCA.

Figures 3 and 4 are the interfaces of JTW. Figure 3 shows that JTW is much simpler than COCA. Because of its smaller database, some words fail to provide options in query results (see Figure 4).

Figure 3. A screenshot of the front page of JTW. 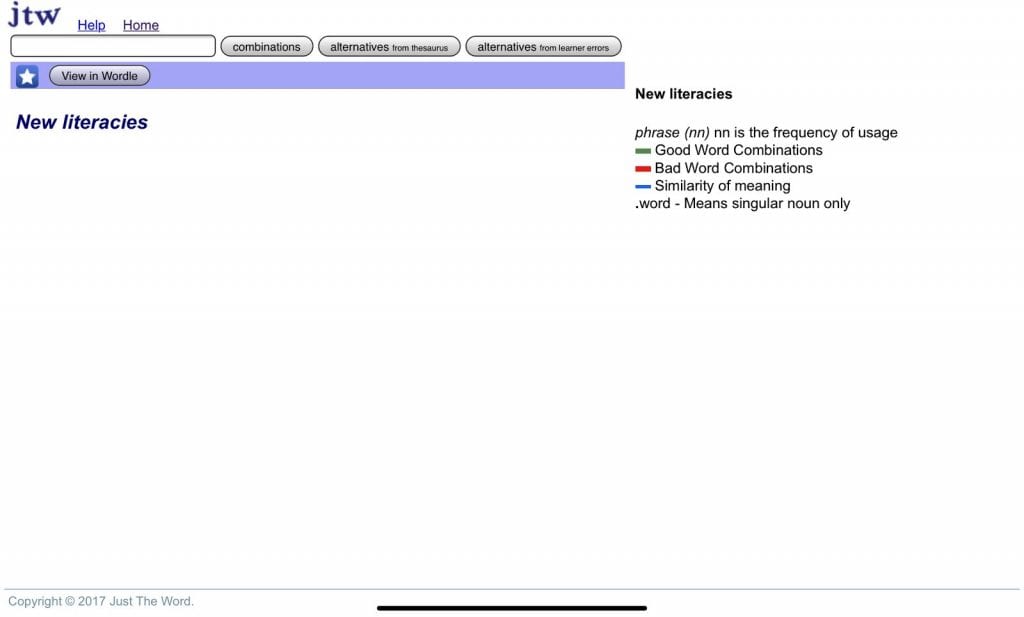 Figure 4. A screenshot of JTW.

In fact, apart from COCA and JTW, there are a larger number of concordancers which can be found on the Internet. Here are some tips for choosing a concordancer:

To conclude, concordancer is a kind of reference resource tool for learners. It serves as an intellectual partner in helping learners to solve lexico-grammatical problems by providing options for learners to select the most suitable wordings for their writing. However, learners have to bear in mind that the concordancer is only a tool that works with them but not for them in their tasks.

Here are some questions for you:

64 thoughts on “Role of Concordancers in ESL Academic Writing”