Digital gaming is deemed differently when it comes to language learning. Some people believe that it makes great contributions to the five important areas in L2 Learning (goals, interaction, feedback, context, and motivation), while others hold the view that it is addictive and non-educational. Taking two popular digital games in China named as “Traveling Frog” and “CSGO”, this blog post seeks to explore the relationship between digital gaming and L2 learning by using the highlights of the article written by Chik, A. (2014)

This article argues that gamers exercise autonomy by managing their gameplay both as leisure and learning practices in different dimensions (location, formality, locus of control, pedagogy and trajectory).

Here is the clarification of the following five dimensions:

The places that a gaming activity takes place, including both physical and virtual environments which provide affordances for different types of interactions.

Formality: From Incidental to Intentional Learning

Informal learning also includes systematic and institutionalized learning on the basis of interests’ pursuit. Sometimes the gaming practices in informal contexts can be transformed into intentional learning activities.

Pedagogy is related to the structure, progression of instruction, person who gives instruction, explicit explanation, and assessments in the process of gaming.

Locus of control mainly discusses whether a learning activity is self- or other-directed, or how the decisions about learning and teaching are distributed.

Trajectory concerns the management of out-of-school gaming practices over time, which is not only restricted to the amount of time or energy or money one spends on digital gaming. Trajectory is also about managing one’s practice from one game to another.

According to the article, Commercial off-the-shelf (COTS) games have gained great popularity recently with the perspective of game-enhanced L2 learning occurring “in the wild”, which means playing COTS games to achieve L2 learning in natural settings. According to the survey by Sylven and Sundqvist (2012), the frequent digital gamers obtained the highest score in a vocabulary quiz among 86 Swedish youths, showing greater links between L2 gaming and informal language learning in which gameplay enhancement plays an important role as a driving force to them. Likewise, Thorne (2008) took World of Warcraft (WoW) in-game chat between an American and a Russian student as an example to illustrate the collaboration and natural learning happen in the task-based role-playing game. The two players are firstly aroused for sincere interest in WoW game, and then take turns to facilitate the communication of two languages (English and Russian) as learners and teachers for their common goals of the game in the natural and autonomous communicative context. Apart from this, Rama et al.（2012）suggested teachers to take into consideration learners’ gaming experience and to provide training for mechanics of the game. Taking two popular digital games in China named as “Traveling Frog” and “CSGO”, this blog seeks to explore the relationship between digital gaming and L2 Learning.

We analyzed several affordances and constraints of digital gaming in L2 learning as below: 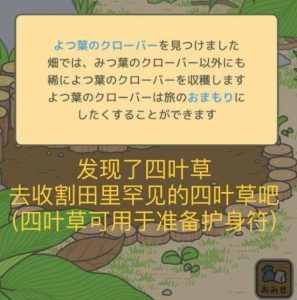 The source of image is from: https://baike.baidu.com.

A mobile game “Traveling Frog”, developed in Japan, was recently shared widely in Chinese We Chat circles. In this game, players can purchase food and items for a frog at home and send it off for new journeys. While your frog is at home, you can take a peek inside its house. After a frog goes on an adventure, it will take some time to return. It will sometimes send you postcards while you wait, and when it returns it may come back with new items. One of the most distinctive features of “Traveling Frog” is that the game languages involved in it is Japanese (as shown in the picture), however, many non-native speakers from all over the world have a particular fondness for playing it. For example, my roommate keeps playing this game for nearly one month and she told me that although she couldn’t understand one single Japanese word, she still can press the buttons by the correspondent pictures or personal instincts. Sometimes she will even search for the Japanese words involved in this game, for instance,  she will seek the meanings of Japanese words on the internet when she is confused about the pictures. More importantly, for some Chinese students whose major is Japanese, “Traveling Frog” is definitely a wonderful opportunity for them to get familiar with the Japanese vocabularies. For instance, in picture shown above, a student translated the Japanese into Chinese, which helps lots of gamers to better understand the gaming process. Thus, we can see that although many L2 gamers prioritize gaming pleasure over L2 learning, they still can pick up L2 vocabularies while gaming; however, for some gamers who use L2 gaming for learning will turn incidental learning into intentional learning, which plays a facilitating role in their L2 learning. 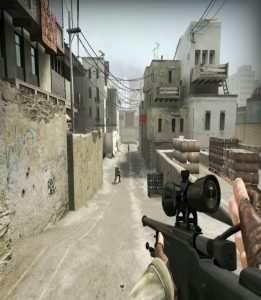 The source of image is from: http://blog.counter-strike.net/

Counter-Strike: Global Offensive which has the largest numbers of game players in the world, is a shooting game co-developed by Valve and Hidden Path. In this game, every gamer has to choose to join in either the anti-terrorists group or the terrorists group, and their goal is to diminish their enemies. According to the arragements of the website page, there are lots of complicated English vocabularies involved in this game, therefore, the gamers have to learn the correspondent words in the gaming process. As the author declares, when applied to digital gaming and L2 learning, the concept of autonomy and community is important in two aspects. First, gamers frequently make independent decisions on gaming choices; and second, using game-external websites and other communal resources is integral to the overall gaming experiences (Thorne et al., 2012). The reading of in-game texts could be a key learning facilitator in L2 learning, moreover, from the perspective of the Chinese gamers, it would be faster to learn better English than to wait for the Chinese release. Nevertheless, the potential gamers of this game are frequently males since they are more easily attracted by such violence shooting games than females. In addition, this game is full of violence, bloody scenes and terrifying atmosphere, which may be detrimental for the growth of teenagers.

As suggested above, healthy and appropriate use of digital games is accepted and encouraged. By giving learners ongoing instructions, imposing a limit on game time and classing the types of contents learners can view, teachers and learners are able to use the digital games to great advantage while avoiding possible harms.